Mary Quagliata follows a long history  of painters  who fled  their native-born country  seeking   creative refuge  in Mexico....painters such as  Pablo Estaban O'higgins,  Lenora Carrington, and Phil Kelly among others.

In a word, Mary Quagliata's painted image is astonishing....  a reflection of  who and what  a painter is. Here,  I showcase a select few painted images by this most  gifted   painter who I befriended upon my arrival to Mexico several years ago.

Art is defined as  "something that is created with  imagination and skill and that is beautiful or that    expresses important ideas or feelings".  Indeed, there are artists  today that fulfill that definition,  however it seems that much contemporary art  is adrift ...drowning  in a sea of nothingness.  Robert  Hughes was right on target when he prophetically  remarked  that certain  contemporary art is       "both simple-minded and sensationalist".   Art as  publicity stunt  has become vogue,  exalted, accepted and handsomely rewarded. There is hope...enter Mary Quagliata.

Far away  from    New York's  circle jerk of artists, critics, gallery owners and collectors, there lives   a painter  who  for years has rendered  painted   images with imagination and skill. High atop the Sierra Madres in the middle of Mexico, Mary Quagliata lives and paints  in her modest    San Miguel de Allende studio. She   paints the tranquility and the day-to-day activity     that fills her life in the city and country she has come to  love.

On first meeting Quagliata , I was immediately taken by her humanity and her strong sense of being. A life long Buddhist, she  quietly assumes   and wears  the mantle as   artist...as painter.   Her  life...her  very being..... is consumed by the act of  creating objects whether in paint, clay,  and  more recently  filming and documenting the plight of under-privileged women worldwide, specifically: " making  videos to assist in bringing attention to women's educational needs, and  to the  necessity to end human trafficking globally."  Here, I will focus on her role as painter.

Quiet is defined as " the quality or state of being quiet or calm". The subject matter of many of Mary Quagliata's paintings centers on  tranquility ;  the   comforting human  emotional state brought by perhaps  a dog or cat jumping on a lap,  or a lone figure caught in contemplation while  enjoying a cup of coffee in an outdoor cafe.  It is the  ordinary  human activity made up of a   thousand moments  that swirl around us   in  our everyday  life that most often  go unnoticed and  unacknowledged  that fill Quagliata's canvas. Much like Pierre Bonnard's intensely personal and  introspective oeuvre,   Quagliata's work   is   vibrant, thoughtful  and  rich in human empathy and the subliminal.  It is through  her  keen  observation, that allows her to  successfully capture and express life's  fleeting moments  onto  her painted surface.     There are no visual puns or painted publicity stunt nonsense requiring the "painted word" to explain,  or to justify her heartfelt visual expressions.

Upon first viewing  Quagliata's  painted image,   one is immediately struck    by  the work's  inherent  vitality and spontaneity.      The    swirling bold planes of color,  the dynamic and meandering thick outlines, and the  fecund organic  patterns    give  life and form   to a plethora of expressive abstract figures.  Her  inclination  to fuse   abstraction with the figurative is clearly grounded and influenced by   her early art school training    at the  San Francisco Art Institute    where she  studied under Elmer Bishoff and Jim Weeks...both seminal figures in the Bay Area  Abstract Figurative Movement . 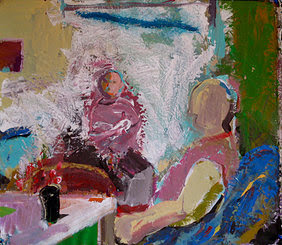 The Storm Before the Calm

Interestingly,  Quagliata's  approach to the creative process  is hardly timid or restrained.  Since much of her subject matter  is  born  out of   discovery and the imagination,    she  attacks the surface in a relentless search for the figurative... the narrative.....the quiet and  fleeting moment.       Irreverent in terms of use and application  of materials,  her brush stroke is strong,  confident, and   fearless. The act of destruction of parts or the whole  is intrinsic    to her creative process. The end result  is a calm ...a truce...a union formed between  the heart  and  the cerebral.

Mary is not only a wonderful painter, she is a good friend as well. Her knowledge about art is vast and rich and reflected in her paintings. 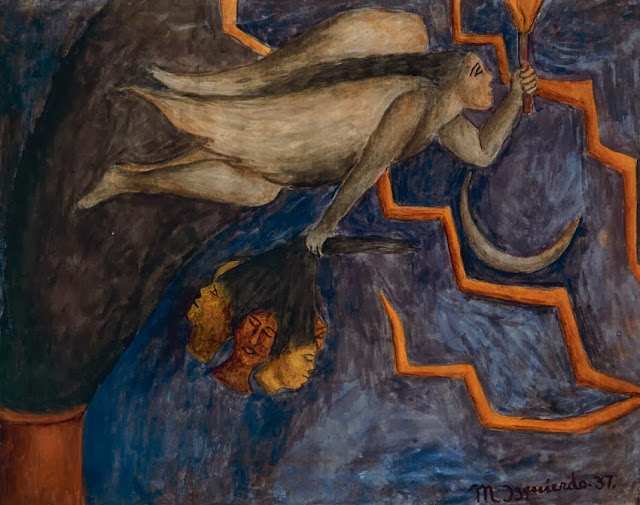 Maria Izquierdo...Painted The Soul of Mexico 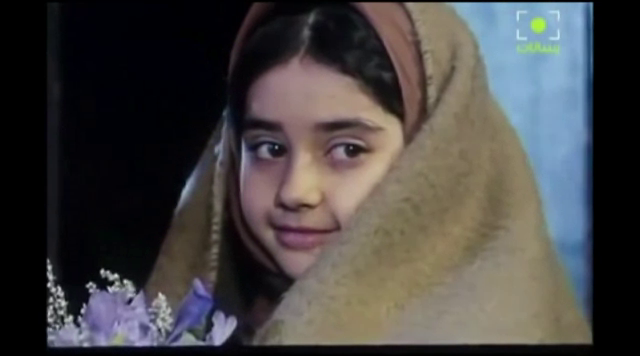 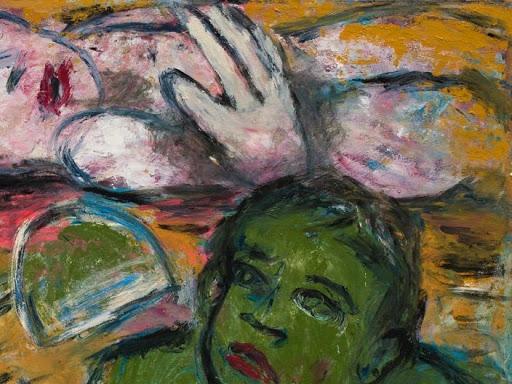 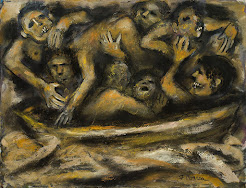 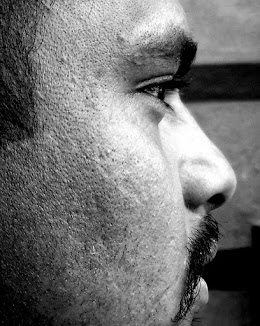 REVOLUTIONARY ART AND THE MEXICAN PRINT 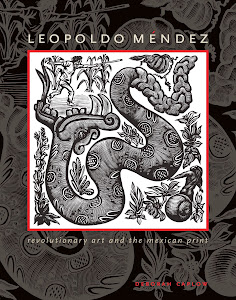 A FINE BOOK BY DEBORAH CAPLOW 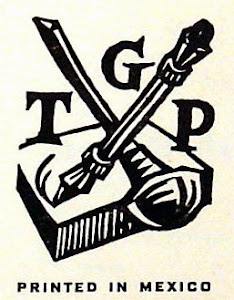 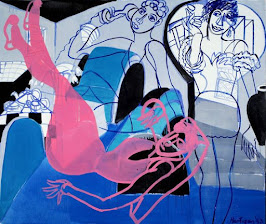 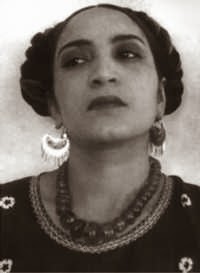 Painted the Soul of Mexico 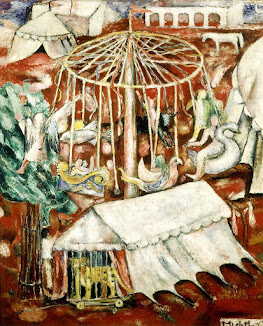 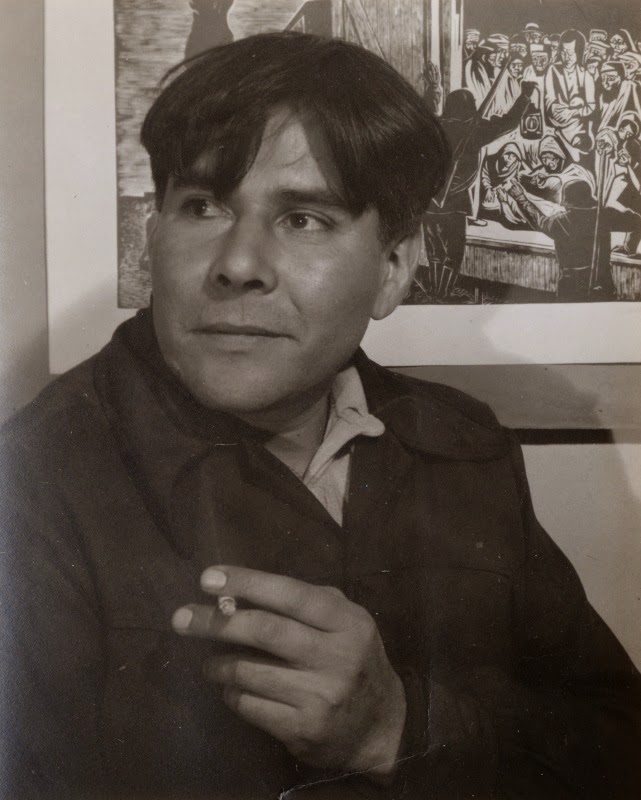 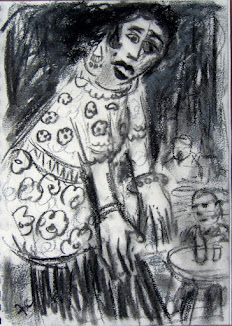 "PIERRE BONNARD: In Search Of Pure Color" A Wonderful Film 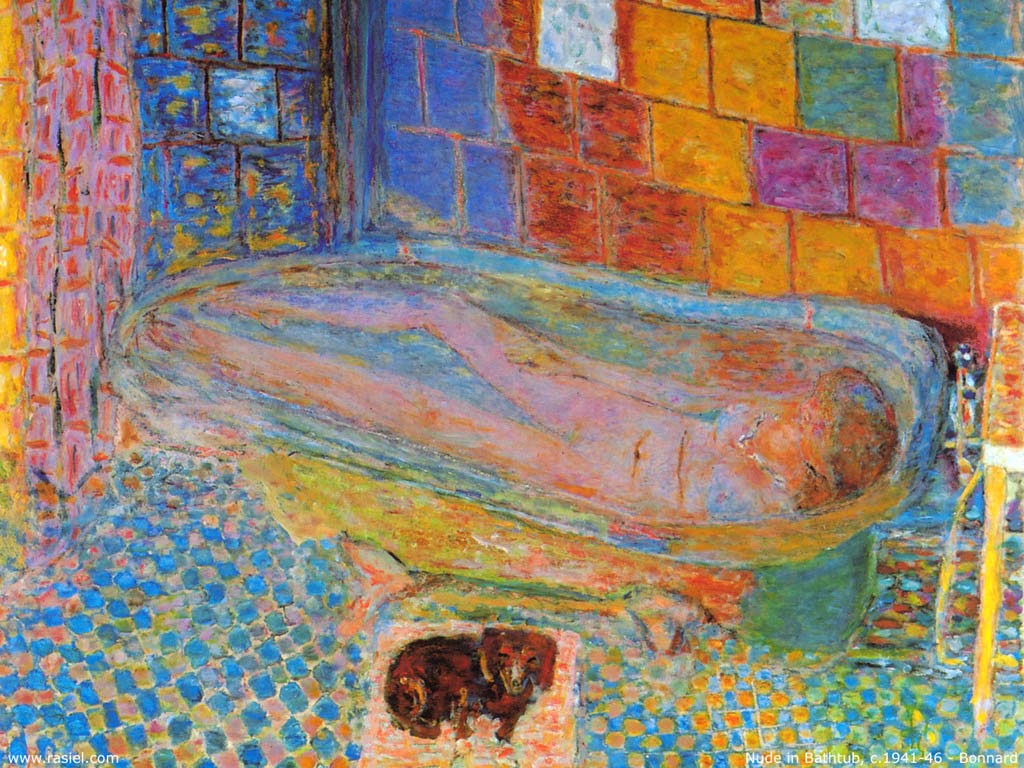